These Free Public Domain Business Audio Books are read from books that have been around for 50 – 100 years or more. Some practices are tried and true, some have changed or evolved, and some don’t make sense anymore. However, you will find most of them very entertaining.

Social Statics or The Conditions essential to Happiness specified, and the First of them Developed is an 1851 book by the British polymath Herbert Spencer. In it, he uses the term “fitness” in applying his ideas of Lamarckian evolution to society, saying for example that “It is clear that any being whose constitution is to be molded into fitness for new conditions of existence must be placed under those conditions. Or, putting the proposition specifically — it is clear that man can become adapted to the social state, only by being retained in the social state. This granted, it follows that as man has been, and is still, deficient in those feelings which, by dictating just conduct, prevent the perpetual antagonism of individuals and their consequent disunion, some artificial agency is required by which their union may be maintained. Only by the process of adaptation itself can be produced that character which makes social equilibrium spontaneous.” Despite its commonly being attributed to this book, it was not until his Principles of Biology of 1864 that Spencer coined the phrase “survival of the fittest”, which he would later apply to economics and biology. This was a key tenet of so-called Social Darwinism. Economist Murray Rothbard called Social Statics “the greatest single work of libertarian political philosophy ever written. (Wikipedia)

The Challenge of Waste

“The Challenge of Waste” examines the wasteful nature of the competitive market system, particularly from a Veblenian point of view. He also praises World War I era planning by the Fuel Administration and other government wartime agencies. (Summary by progressingamerica)

The London and Country Brewer

The unknown author of this book appears to have experienced too many unwholesome and unpleasant beers and ales on his numerous travels in London and at various other locations around the British Isles.

In this treatise on the matter, he has identified each stage of the brewing process and details what he considers is the best practice at each significant stage for the production of a high-quality drink. Whilst listening to the book, you might consider that some of the author’s ideas have undoubtedly stood the test of time. Other ones, however, such as the use of pond water as the liquor to be used in the mash, might nowadays be deemed a tad extreme – even for a modern-day enthusiast who may wish to recreate an authentic 18th-century beer.

So, why not chuck another log on the fire, top up your glass and settle back for complete wort and all exposition of the brewing industry as it was in the year 1736? ( Steve C)

The History of Minnesota and Tales of the Frontier, Part 1

“It has been a little over fifty years since the organization of the Territory of Minnesota, which at its birth was a very small and unimportant creation, but which in its half-century of growth has expanded into one of the most brilliant and promising stars upon the union of our flag; so that its history must cover every subject, moral, physical and social, that enters into the composition of a first-class progressive Western state, which presents a pretty extensive field; but there is also to be considered a period anterior to civilization, which may be called the aboriginal and legendary era, which abounds with interesting matter, and to the general reader is much more attractive than the prosy subjects of agriculture, finance, and commerce.”

“Having lived in the state through nearly the whole period of Minnesota’s political existence, and having taken part in most of the leading events in her history, both savage and civilized, I propose to treat the various subjects that compose her history in a narrative and colloquial manner that may not rise to the dignity of history, but which, I think, while giving facts, will not detract [2]from the interest or pleasure of the reader. If I should in the course of my narrative so far forget myself as to indulge in a joke or relate an illustrative anecdote, the reader must put up with it.” – Summary by Judge Charles E. Flandrau, from the Opening Statement

Are you really ‘living’, or just existing? Do you want to improve yourself or just continue to muddle through? Do you use the time given you each day, or just throw most of it away? These questions Bennett asks each of us and for those who want to really live and learn, offers very valuable advice.

Time is the most precious of commodities states Bennett in this book. Many books have been written on how to live on a certain amount of money each day. And he added that the old adage “time is money” understates the matter, as time can often produce money, but money cannot produce more time. Time is extremely limited, and Bennett urged others to make the best of the time remaining in their lives. Which of us lives on twenty-four hours a day? And when I say “lives,” I do not mean exists, nor “muddles through.” Which of us is free from that uneasy feeling that the “great spending departments” of his daily life are not managed as they ought to be? […] Which of us is not saying to himself — which of us has not been saying to himself all his life: “I shall alter that when I have a little more time”? We never shall have any more time. We have, and we have always had, all the time there is. – Summary from the author’s preface and the reader.

Reflections on the Formation and Distribution of Wealth

“This Essay May be Considered as the Germ of the Treatise on The Wealth of Nations, Written by the Celebrated Smith” —Condorcet’s Life of Turgot.

What these principles are and whence they come to us. “The fact is, we have become crazy over material things. We are looking only at the structure above ground. We are trying to get more smoke from the chimney. We are looking at space instead of service, at profits instead of volume. With our eyes focused on the structure above ground, we have lost sight of those human resources, thrift, imagination, integrity, vision, and faith which make the structure possible. I feel that only by the businessmen can this foundation be strengthened before the inevitable fall comes.”( from the preface )

Economics (Greek: ΟΙΚΟΝΟΜΙΚΑ; Latin: Oeconomica) may not have been written by Aristotle. The author provides examples of methods used by the state to raise money including debt, currency devaluation, commodity controls, tariffs, sales tax, fines, violence, and sacrilege. (Summary by Geoffrey Edwards)

Eryxias (ΕΡΥΞΙΑΣ) may not have been written by Plato (ΠΛΑΤΩΝ). The dialogue discusses whether wealth has value and what the aim of philosophy should be. (Summary by Geoffrey Edwards)

The Principles of Economics with Applications to Practical Problems

Frank Albert Fetter was an American economist of the Austrian school but referred to himself as a member of the “American Psychological School” instead. Fetter contested the position that land is theoretically distinct from the capital, arguing that such a distinction was impractical. His stand on this issue led him to oppose ideas like the land value tax.

Fetter also asserted that just as the price of each consumer good is determined solely by subjective value, so the rate of interest is determined solely by time preference. He maintained that time valuation was prerequisite to the determination of the market rate of interest, and he emphasized the time valuation element in all consumption and production choices. Fetter taught at Cornell University, Indiana University, and Stanford University. He was the first chairman of Princeton University’s Department of Economics and Social Institutions, an interdisciplinary department that incorporated history, politics, and economics. (Summary by Wikipedia)

What I have done in this book, if I have correctly solved the great problem I have sought to investigate, is, to unite the truth perceived by the school of Smith and Ricardo to the truth perceived by the schools of Proudhon and Lasalle; to show that laissez-faire (in its full true meaning) opens the way to a realization of the noble dreams of socialism; to identify social law with moral law, and to disprove ideas which in the minds of many cloud grand and elevating perceptions. (Summary by Henry George)

The Theory of the Leisure Class

Originally published by the Norwegian-American economist Thorstein Veblen while he was a professor at the University of Chicago in 1898, the Theory of the Leisure Class is considered one of the great works of economics as well as the first detailed critique of consumerism. In the book, Veblen argues that economic life is driven not by notions of utility, but by social vestiges from pre-historic times. (Summary modified from Wikipedia)

The People of the Abyss

Jack London lived for a time within the grim and grimy world of the East End of London, where half a million people scraped together hardly enough on which to survive. Even if they were able to work, they were paid only enough to allow them a pitiful existence. He grew to know and empathize with these forgotten (or ignored) people as he spoke with them and tasted the workhouse, life on the streets, … and the food, which was cheap, barely nutritious, and foul.

He writes about his experiences in a fluid and narrative style, making it very clear what he thinks of the social structures which created the Abyss, and of the millionaires who live high on the labors of a people forced to live in squalor. “… The food this managing class eats, the wine it drinks, … the fine clothes it wears, are challenged by eight million mouths which have never had enough to fill them, and by twice eight million bodies which have never been sufficiently clothed and housed.”

A clear boundary exists between the servile and the non-servile condition of labor, and the conditions upon either side of that boundary utterly differ one from another, Where there is compulsion applicable by positive law to men of a certain status, such compulsion enforced in the last resort by the powers at the disposal of the State, there is the institution of Slavery ; and if that institution be sufficiently expanded the whole State may be said to repose upon a servile basis, and is a Servile State. (Hilaire Belloc)

If you like the format of these Free Public Domain Audio Books check out the entire library of over 12,000 contributions at librivox.org. 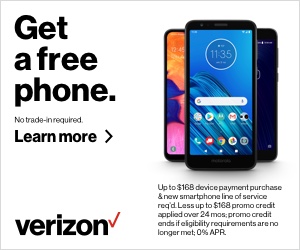 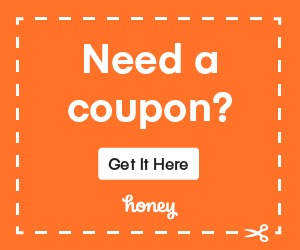